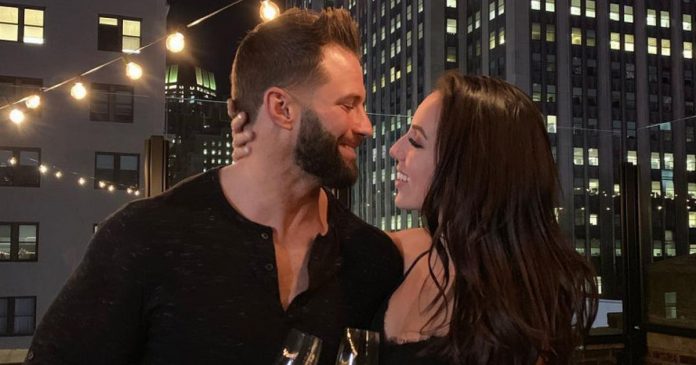 Ryder and Green announced their engagement on social media with Ryder posting the following video:

In the short video clip, Ryder asks: “What just happened babe?” while an elated Green swigging from a bottle of bubbly yells: “I’m engaged baby!”

Ryder and Green have been dating for two years. Green gained fame as TNA Impact star Laurel Van Ness – as a psychotic bride no less – before signing to WWE’s NXT brand.

Ryder will battle for the WWE Raw Tag Team Championship with his partner Curt Hawkins against title holders The Revival at WrestleMania on Sunday.

Congratulations to the couple from all of us at PWMania.com!