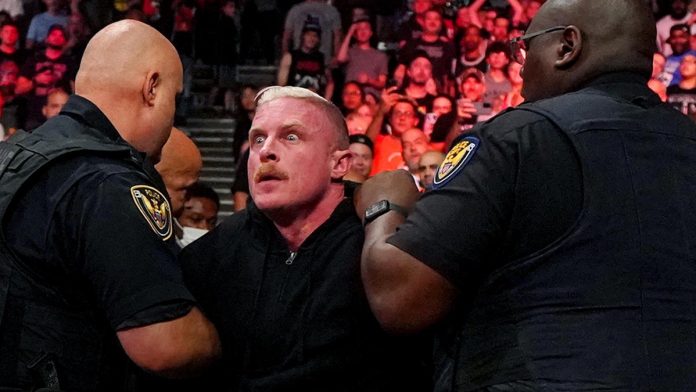 As PWMania.com previously reported, the No DQ bout between AJ Styles and The Miz on this week’s episode of WWE RAW came to a close with Dexter Lumis being led away from ringside by security. Prior reports suggested that Lumis, who was fired from WWE NXT in April, may return the company under Triple H’s leadership.

A wrecked car was also seen in the parking lot earlier in the show during a Kevin Owens promo, but the announcers did not mention it. It is unknown if the vehicle accident was connected to Lumis’s return.

Here is a fan-shot video of security removing Lumis from the arena.

Not sure if this was aired or not but Dexter Lumis appeared ringside after Styles vs Miz #WWERaw pic.twitter.com/Z67sa6Hs9T